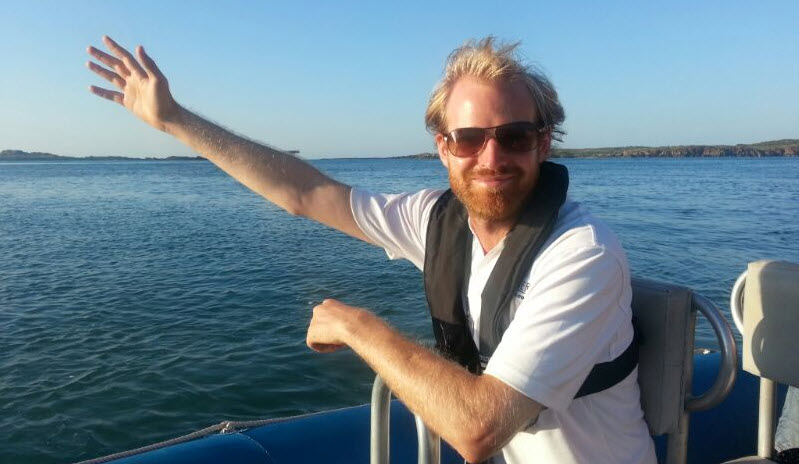 My name’s Rich, I’m 35, and was raised in a loving family on the South Coast of England with my brother and two sisters.

Music has always been a defining factor in my life, and I’ve played guitar for as long as I can remember. I travelled extensively throughout my twenties, whether for adventure or touring with a band, and loved every second of it.

I’ve had a variety of jobs in my time, from the local hospital incinerator to costume assistant on major film productions, and they’ve all taught me something new. Well, maybe not the hospital incinerator one. I’m passionate about the things I love and am happiest when I’m in the kitchen with my family, listening to music and cooking up a storm. I’m inspired by people who aren’t afraid to try and firmly believe if you want to do something, you can most definitely do it.

I saw the advert for Taste Master of Western Australia whilst at home with Chrissy, about 4 weeks before she was due to give birth.

“Do you fancy living in Western Australia for a bit?”

“Yeah OK, I’ll be on maternity leave and could do with some sunshine”

And so it began! I made my 30 second application video on Brighton seafront where we live, uploaded it onto the Tourism Australia website, and Hey Presto!… a month later received an email congratulating me on making the final 25. Out of the 6 Best Jobs on offer around the country, Taste Master was the only one that really appealed to me, the only one I believed I could do, the only one I wanted to do, and the only one I applied for.

The most exciting email I’ve ever received was the one informing me of making the cut. Because of over 600,000 worldwide video applicants, you wonder if they all get watched. Now having met all the lovely people who viewed each and every one over days, weeks and months, I can assure you they do! The next part of the process involved a 2 week self-promotional period, and my main focus was a campaign song I wrote, recorded and released all about the culinary and geographical awesomeness of Western Australia (Adventures of a Taste Master – available from all good iTunes stores with all proceeds going to the Trussell Trust Food Charity). The third and final stage of the most unusual job application ever was a 2 week trip to Australia, vying for the coveted title of Taste Master with 2 other finalists.

That was the easy part.

Go to Australia, meet lots of people, see some truly amazing things and have a great time! And now we’re here and having a ball. Believe in yourself, and the world’s your oyster!

And here’s where it all began: