Ladies and Gentlemen I’m currently blogging from the car. I’m in Australia’s Golden Outback on the Golden Quest Discovery Trail with my guide Outback Jac, and every time I try and write a post at night he drags me into an Aussie Outback pub (…drags? Hmmmm, probably the wrong word).

The Golden Quest Discovery Trail is a 965km self-drive round-trip adventure, exploring the historical towns that were once booming 100 years ago when the Gold Rush hit. Nowadays the towns are more of an education of How We Used To Live.

I like a bit of history stuff so found it really interesting.

After waking up in the 31st President of the United States old bed at Hoover House, it was time to hit the road.

We passed through the living ghost town of Kookynie, population 2,320 hardy souls 110 years ago, compared to today’s 12.

END_OF_DOCUMENT_TOKEN_TO_BE_REPLACED

I’ll give you three guesses where I stayed last night.

Actually you’ll never get it so I’ll tell you.

It’s just another quirky little fact about the Goldfields area. The 31st president of the United States has quite the connection to these parts.

He moved here in his early twenties as Head of Mining (in the late 1890s) and started to build a house right next to the mining pit where he’d live. He met a barmaid in town and they got on “quite well!” (they were probably, as you say, “pashing” quite a lot).

He then moved to China and back to the States for a bit, where he bought and shipped over a MASSIVE mirror for his sweetheart as a sign of affection. He then came back to Kalgoorlie and lived in his now completed house for a short period of time before moving back to the States and meeting his future wife, who basically bankrolled his Presidential campaign.

The house he built is now a museum by day and accommodation by night.

And I stayed in the pre-presidential suite!

Well who would’ve thunked it eh?!

Getting to Kalgoorlie and Leonora and Gwalia Historic Site

Kalgoorlie-Boulder is 600km east of Perth in Australia’s Golden Outback and I’m here to pan for gold, have a look at the Super Pit, sit in some massive trucks, drink some ale and eat big things.

Settlers arrived in the late 1800s after trekking across the desert to find their fortune from gold in the ground. They obviously knew what they were doing as today the area is dubbed The Golden Mile, the richest square mile on Earth.

I had a brief go at panning for gold and quickly realised those guys back in the early days must’ve had a lot of patience. Nowadays you can buy a license to search for $25, pick up a metal detector and away you go. 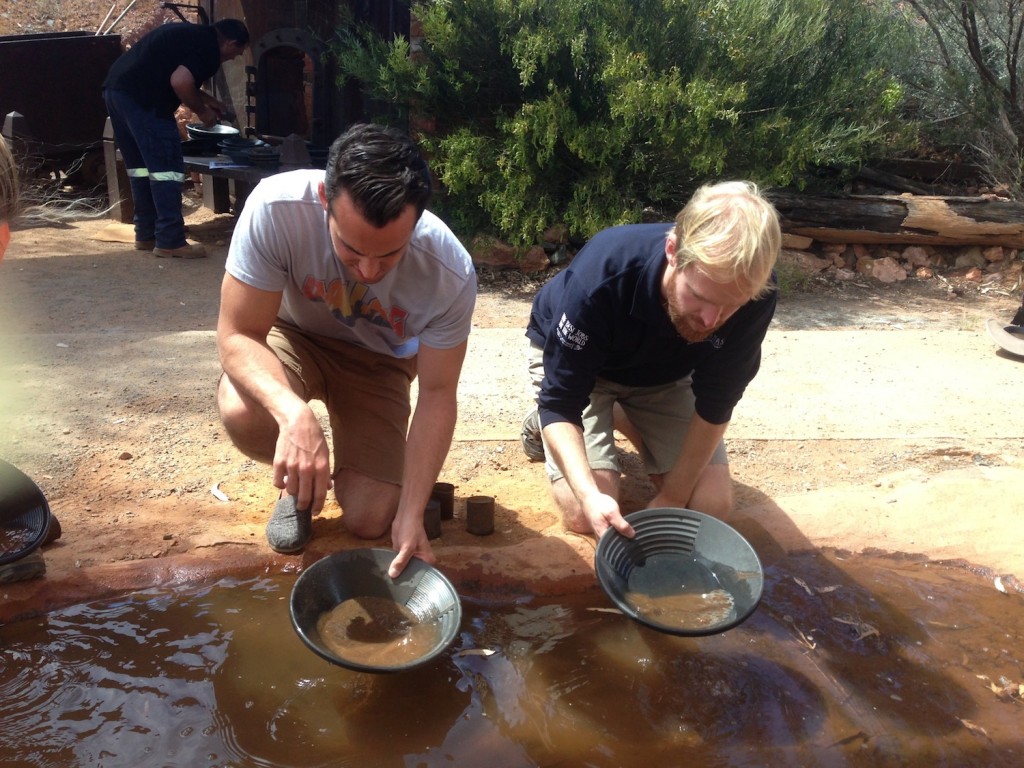