Last week my travels took me to Australia’s Coral Coast where I was staying at the Monkey Mia Dolphin Resort and you know what Taste Master fans? I didn’t even see a single monkey.

After the short flight from Perth we landed at Shark Bay Airport. “Friends” at the Tourism Western Australia office had advised me to try and get off the plane as quickly as possible and to rush to the baggage carousel as it can get EXTREMELY busy at this airport.

Once again folks I’d been the unwitting subject in the National Australian Pastime of Pom Teasing. Will I ever learn?! 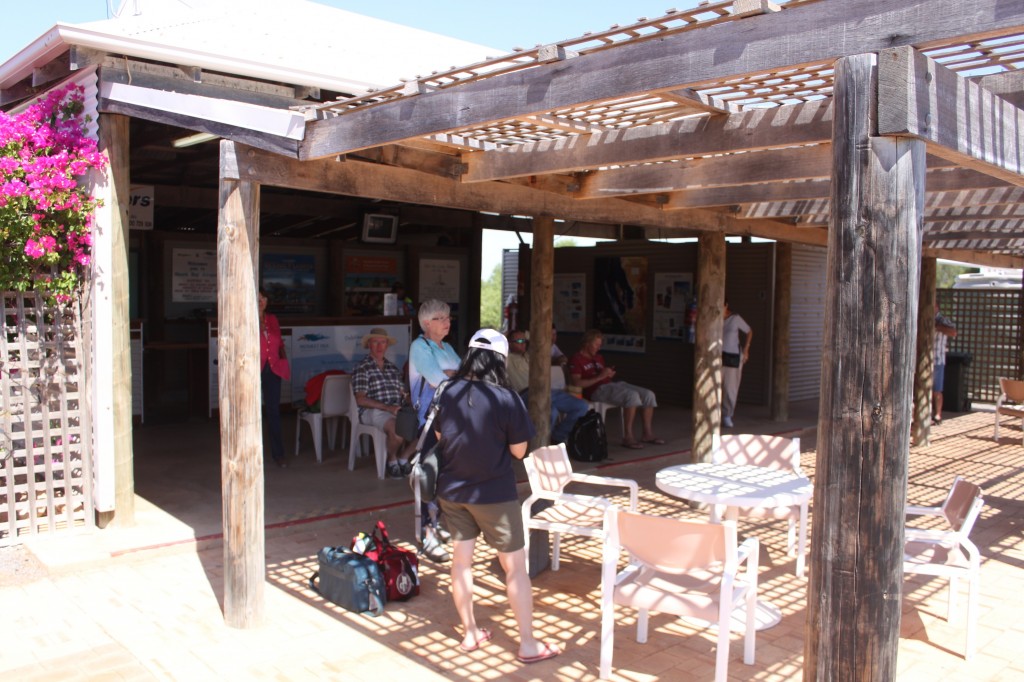 And here’s the “baggage carousel”. 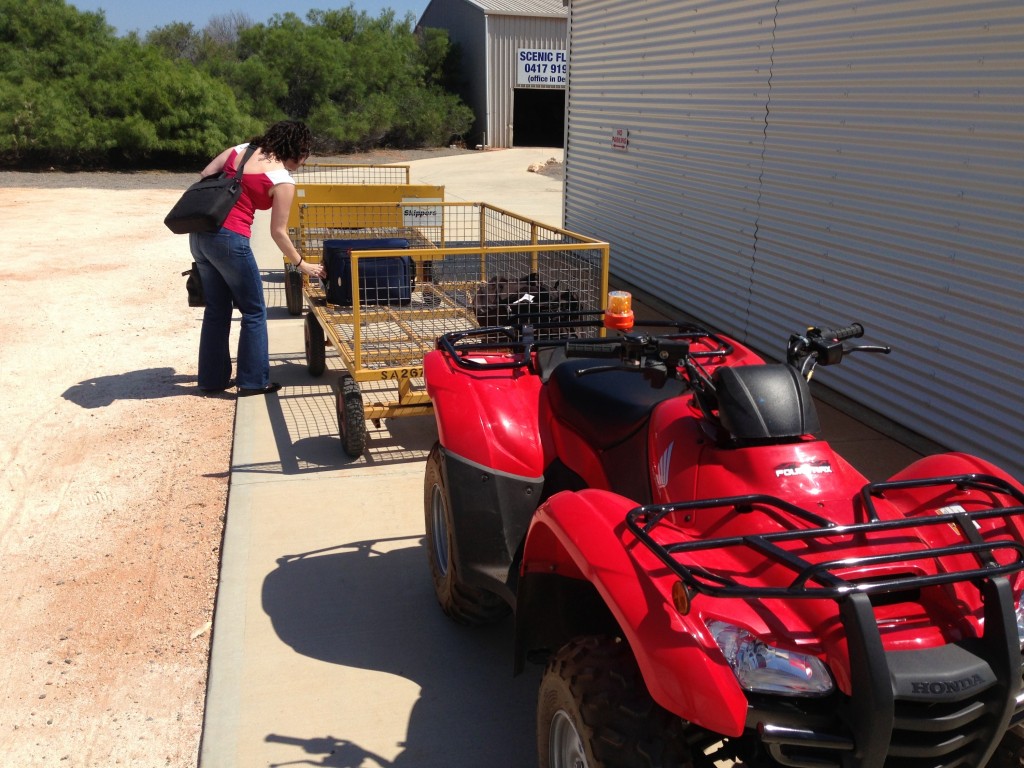 Monkey Mia Dolphin Resort is the perfect place to interact and swim with, you guessed it, wild dolphins (not monkeys).

The pristine crystal blue waters of Dolphin (not monkey) Beach has been attracting schools of dolphins to its tranquil shores daily for more than 40 years, and in the past five years the dolphins (not monkeys) have only failed to show up four times.

Feeding times are strictly in the morning so seeing as it was 4pm I decided to grab myself a drink from the complex’s newly renovated Boughshed Cocktail Bar.

My luck was in. Behind the bar was backpacker Ben from the USA via Taiwan, and back home in Miami he’s an expert mixologist.

It was also Happy Hour.

Two speciality blueberry mojitos and a long island ice tea later and I couldn’t remember if I was here to catch some dolphins or feed some monkeys, so I decided it was time to have a little lie down.

On the way back to my beachside chalet I bumped into this fella. 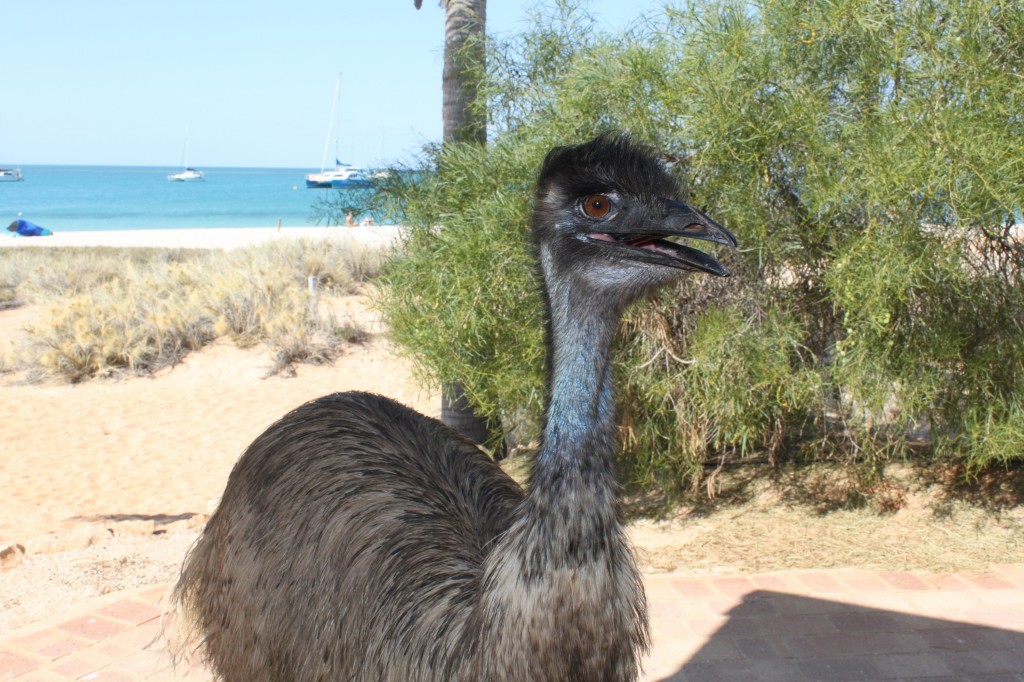 I suppose you could say I was Keam-ued (could you actually say that?!).

Anyway morning broke and I headed for the short one minute walk down to the beach where people were gathered for the dolphin frenzy.

To be completely honest I wasn’t expecting too much, but was actually really impressed by the knowledge of the Park Rangers conducting the feed and the numbers and proximity of the dolphins. There must’ve been about 10 or so waiting for their morning fish, and great care was taken not to spook the animals.

Not to be outdone, a local pelican even put on a bit of a show. 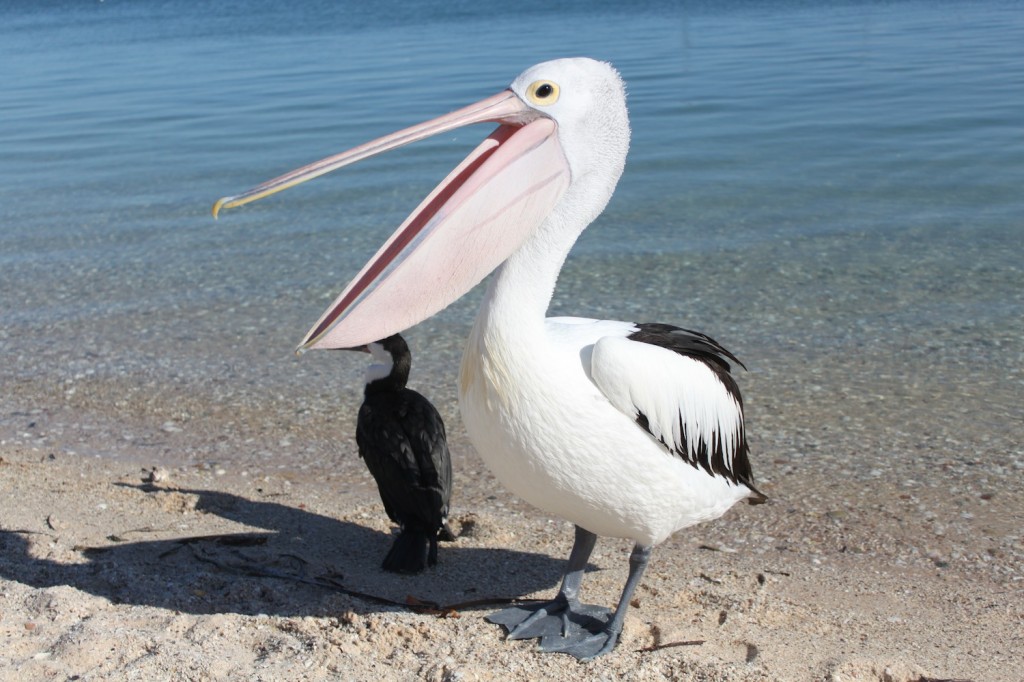 At this point everyone was up to their knees in the water, and after 30 minutes of dolphin education we were asked to stand on the beach so the feeding could begin.

This is NOT me in my pink Rich Keam Taste Master t-shirt feeding a dolphin. 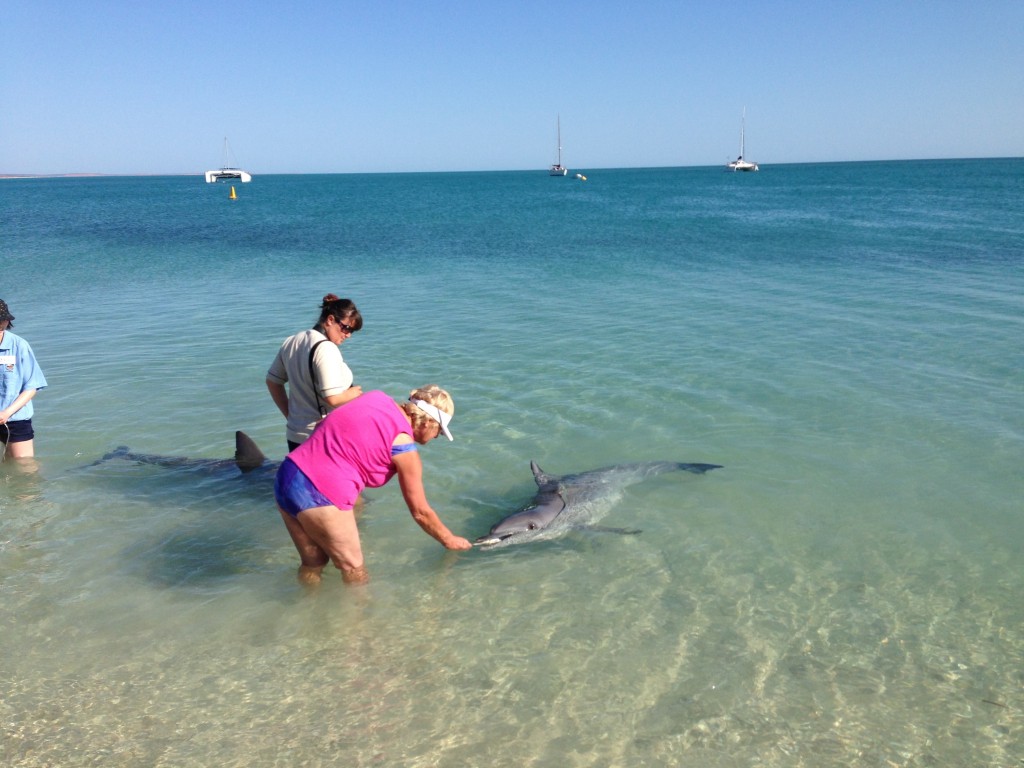 A couple of fish each later (for dolphins not humans) and it was all over. They swam happily off into the distance to look after their young, only to return tomorrow morning for another feed.

Getting to Monkey Mia